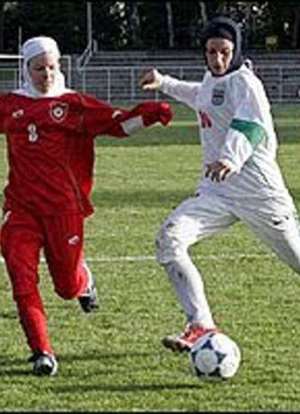 Over the years, supporters of the ban have justified it as protecting women from the rowdy behavior that often accompanies football matches. Women consistently fought the ban, which was imposed as part of the 1979 Islamic revolution, even to the point of fighting with police stationed at stadium entrances. They also occasionally were able to sneak into matches disguised as men. Tensions reached dangerous heights in March 2006, when security personnel for a match at the Azadi Stadium in Tehran attacked dozens of women who had bought tickets and tried to enter the stadium.

Ahmadinejad claimed that the presence of women would help to tone down the behavior at matches. Still, his lifting of the ban was qualified - women were allowed to attend, but were restricted to separate areas from the male audience. Even then, it did not last long. Religious responded to the decree by claiming that it is improper under Islam for women to look at the bare legs of male strangers. Ultimately, the country's Supreme Leader, Ayatollah Ali Khamenei stepped in to resolve the dispute, convincing Ahmadinejad to back down.

Women have gained some freedom, however, and are now allowed to play football, although they must do so while adhering to the Islamic dress code that forbids them from showing any hair.