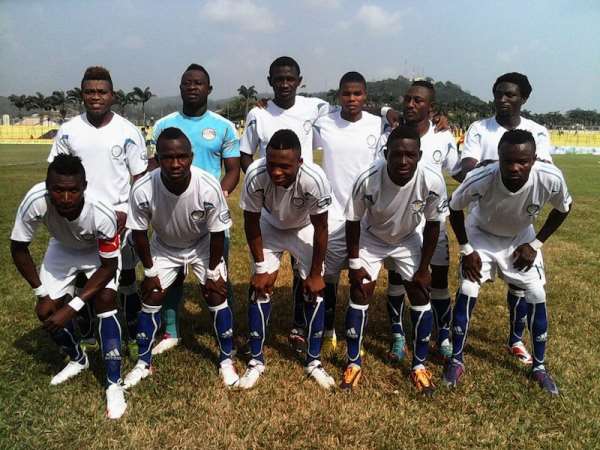 Berekum Chelsea have moved up to fifth place on the Ghana Premier League table after winning an appeal against a Ghana FA ruling to deduct them points.

The Disciplinary Committee's ruling last month declared Chelsea losers of all their matches played after 04 February until they settle their indebtedness to WAFA in respect of Solomon Asante's transfer fees.

But the club won an appeal on Thursday and have regained the 12 points deducted from their build up and lie sixth on the table.

The 2011 champions are tied on points with Medeama, a side who beat them 1-0 in Tarkwa in February.

Also, clubs like Asante Kotoko, Sekondi Hasaacas and Great Olympics who benefited from the points deduction have all be affected.

Olympics have dropped from the top half of the table to 13 th  place and Kotoko have slipped to eighth.

Berekum Chelsea are yet to lose at home this season.