Denial: Muntari not at war with AC Milan - agent 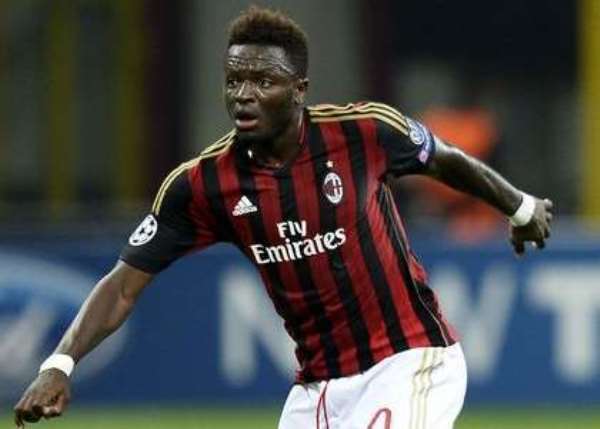 The agent of Ghanaian international Sully Muntari has denied reports that his client is one strike at the San Siro.

The midfielder declared himself unavailable for selection for the remainder of the season after realizing that he was not part of their plans for next season.

'There is no controversy behind this decision. It was agreed fully with the club,' agent Federico Pastorello told La Gazzetta dello Sport.

'We spoke to Adriano Galliani and we reached this point. It's a situation that will continue for the rest of the season, unless [coach] Pippo Inzaghi has an emergency and needs him.

'Muntari will continue to train with the team every day, and on Saturday and Sunday he will train alone. He will be paid by the club because he'll continue his employment. It was a mutual decision for him not to play.

'There are no disciplinary or medical reasons. He just wants to avoid sitting on the bench as a substitute.

"It's a demonstration of fairness for an important player who is aged 31 and has already been told he's not part of the future at Milan.'