Hearts goalie Soulama calls for support for under fire Mutawakilu 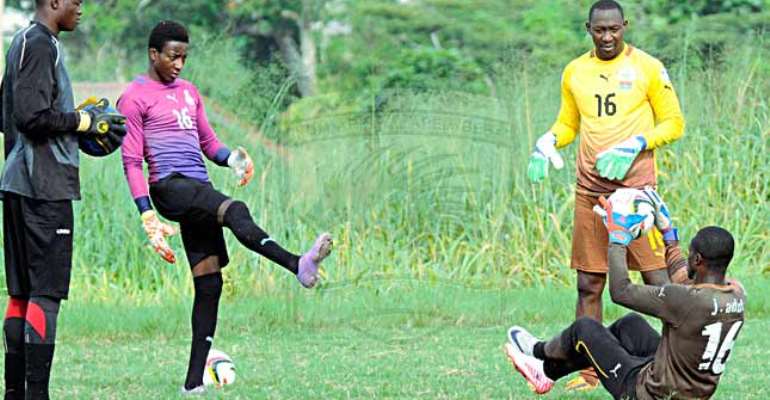 Hearts goalkeeper Abdoulaye Soulama, has jumped to the defense of under fire colleague Seidu Mutawakilu, after his performance came under scrutiny in Hearts 2-1 loss to New Edubiase.

The national Under 20 goalkeeper was largely blamed by eye red fans of the club for the defeat to New Edubiase for allowing what some deemed as two soft goals in the game.

But Soulama who is expected to be the undisputed first choice goalie when he returns to full fitness says this is not the time to apportion blames.

“Now is not the time to apportion blames we have to encourage goalkeeper Muta because he is a young goalkeeper.”

The defeat was Hearts third loss of the season and has seen them drop to 12 th on the league table a point above the relegation zone.