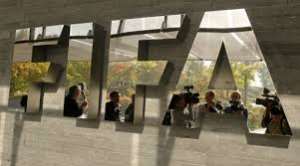 On Thursday, FIFA released a 42-page report on the findings of American lawyer Michael Garcia into alleged corruption by Qatar and Russia in the 2018/2022 World Cup bidding process.

FIFA cleared Qatar and Russia of any wrongdoing. But in a dramatic turn, Garcia has since slammed world soccer's governing body and claims their report on his findings “contains numerous materially incomplete and erroneous representations of the facts and conclusions.”

The 42-page report released by FIFA on Garcia's findings  can be read in full here .

Garcia has led the two-year investigation and was appointed by FIFA as they conducted an independent investigation into the corruption claims. According to FIFA his full report will not be published and their own 42-page report into his findings is the only information which will be made available for public consumption.

However just hours after the report was released based on Garcia's findings, the American lawyer has slammed FIFA and Hans Joachim Eckert, FIFA's independent ethics adjudicator, as he takes on FIFA president Sepp Blatter and the rest of the executive committee.

In a statement on their website about the publication of the report, FIFA said that “a degree of closure has been reached with the chairman of the adjudicatory chamber stating today that 'the evaluation of the 2018/2022 FIFA World Cups bidding process is closed for the FIFA Ethics Committee.'”

They also went on to state that the “Ethics Committee did not find any violations or breaches of the relevant rules and regulations” and that they “look forward to continuing the preparations for Russia 2018 and Qatar 2022.”

Garcia's statement also raises concerns about Hans Joachim Eckert, FIFA's independent ethics adjudicator who wrote the report. Eckert is a German judge who based his report on Garcia's work.