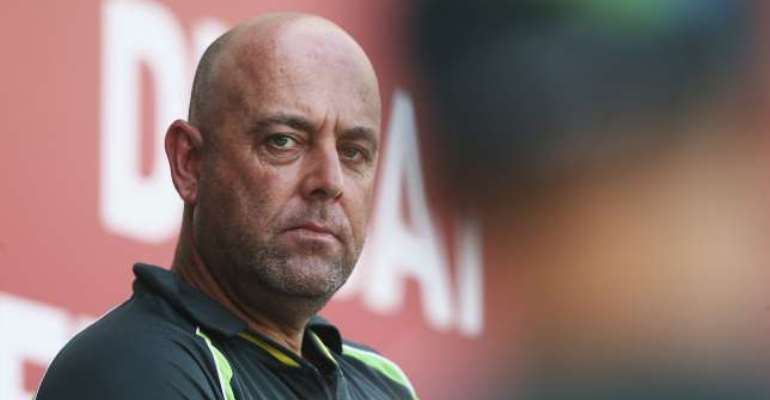 Zulfiqar Babar and Yasir Shah shared 14 wickets as Pakistan secured an emphatic 221-run victory in the first of two Tests in the United Arab Emirates.

Australia now face the challenge of bouncing back in Abu Dhabi and Lehmann feels lessons must be learned after his side were dismissed for 303 and 216 at Dubai International Cricket Stadium.

"I think, when you are talking about learning how to play in these conditions we got beaten on the other side, probably with less spin," said the former batsman.

"You would think it would spin more. We missed a lot of straight balls, I think five or six dismissals throughout the game.

"We need to get better at actually hitting the straight ball, watching the ball for a start.

"(We) need to be sharper and understand that a lot of the wickets came from no spin, so maybe we are trying to play for things that aren't there.

"You have got to get through the first 20 or 30 balls and then you are OK. We didn't play the way we needed to play in those conditions, didn't adjust well enough."

David Warner contributed 133 in Australia's first innings in Dubai, but no other batsman passed 40 as Australia fell well short of Pakistan's 454 all out.

One of the things we haven't done on the subcontinent is make big scores. We need to start piling it on. We should have made 500 on that wicket," added Lehmann.

"We were disappointing with the bat. We have to find a way to get through that and make big scores."

Leg-spinner Shah made his Test debut in Dubai, while Babar was playing just his third five-day match.

"We hadn't seen too much of them to be perfectly honest," said Lehmann.

"I think you'll see a few different things in the second Test now we've seen them. I think we were a little bit timid at stages and we've got to be a little bit more aggressive I would think."

Rawlings In Tears As Mother Goes Home
55 minutes ago