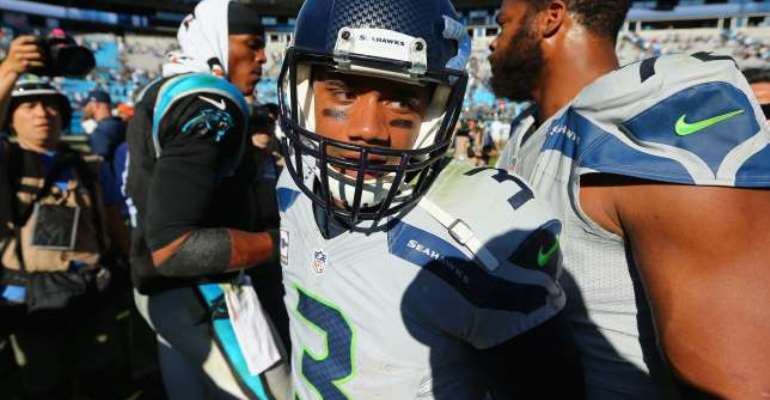 Wilson threw the game's only touchdown pass inside the final minute on Sunday, to hand the Seahawks a much-needed victory.

The Super Bowl-winning playmaker, though, had been forced to endure a tough week, after a story on news website Bleacher Report suggested his team-mates felt Wilson was not "black enough".

Wilson put paid to the story, claiming it was just an attempt to distract the champions.

"About me not being black enough, I don't even know what that means," Wilson said.

"People were trying to find ways to knock us down and distract us, but there's no doubt we're more together than ever before.

"We're probably the closest we've ever been. We keep swinging and we keep believing in each other and our coaching staff."

Wilson said their last-gasp win, which took the Seahawks back to a winning record at 4-3 in the NFC West, was credit to their persistence.

"We're the type of team that when our backs are against the walls, we're going to keep fighting," Wilson said.

"It's a huge win because of the fashion we won.
"To come up big at the end was pretty special, and our locker room was pretty fired up about that."

Seahawks cornerback Richard Sherman added the controversy involving Wilson did not bother him, and reiterated the team's support for the playmaker.

"Until someone in this locker actually says something negative [about Wilson], we just take that with a grain of salt," Sherman said.

"Anyone can make up anything and say a source said it.

"I don't think anybody on this team feels that way. We support our quarterback. He fights for us every game."