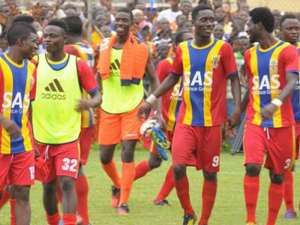 Ghana FA boss Kwesi Nyantakyi admits to his associations worry over the delayed start of the Premier League.

The Ghanaian top flight has been suspended indefinitely due to litigation instigated by King Faisal.

The have through the law court thus prevented the GFA from holding its annual congress session – which will be used to confirm the demoted and promoted teams – a pre-requisite for the start of every football season in Ghana.

The case in court keep getting adjournments – signaling a no lasting solution in sight.

But GFA boss Kwesi Nyantakyi says his association is desperate to find a lasting solution to so as to get this season's football calendar underway.

“Yes, it [legal tussle against King Faisal] is a big worry for us,” he said.

“We are trying to find a middle ground so we solve this problem for the league to start.”