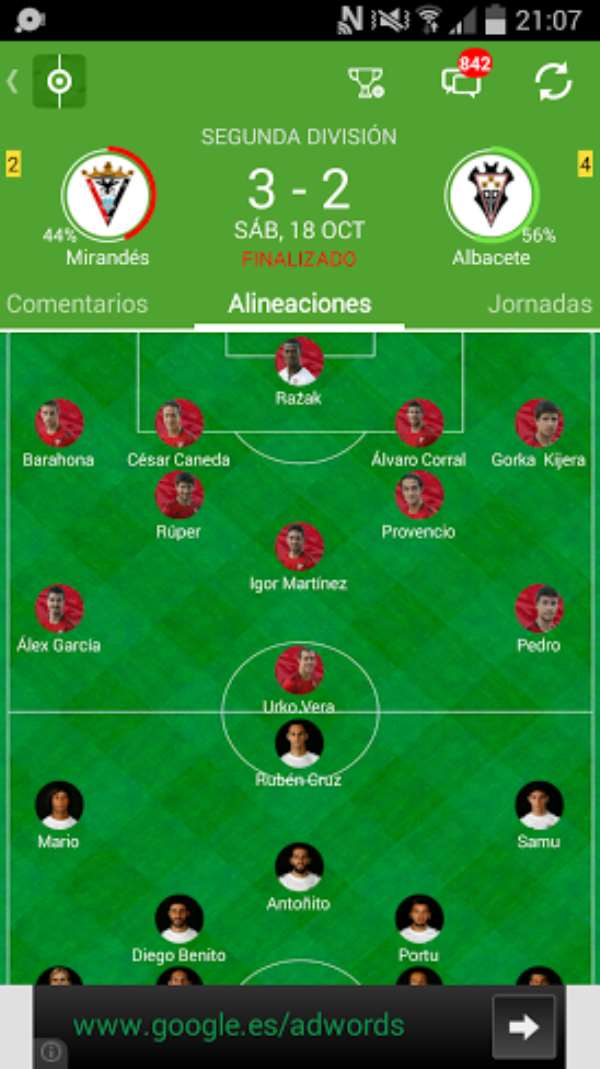 Ghana goalkeeper Razak Brimah made his first start on his injury return for Mirandes in their thrilling 3-2 win over Albecete on Saturday.

The 27-year-old has made a full recovery from a jaw injury sustained while on international duty with the Black Stars last month.

Brimah has been out for almost a month and was blocked by his club from honoring a late invitation to the Black Stars camp for the 2015 AFCON qualifiers against Guinea.

Mirandes insisted the goalkeeper remained at bay to continue with his recovery – using his late invite as the perfect excuse.

The ex FC Nania however proved his fitness to last the entire duration in the thrilling win over Albecete.

The win sees Mirandes move from the relegation zone in the Spanish second tier.