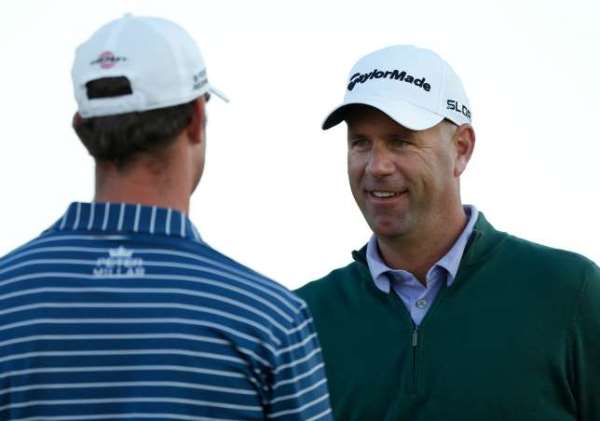 American Cink and Scotland's Laird both had bogey-free openings to the PGA Tour tournament at TPC Summerlin in Las Vegas.

Six-time tour winner Cink finished with a flurry in Nevada, posting five back-nine birdies - including three straight from holes 11 through 13 - to claim a share of the lead.

Laird, the 2009 champion and three-time winner on the US tour, started with three birdies in his first four holes before reaching the turn at five under.

Another Scot, Russell Knox, is outright third after a round of 65 that featured eight birdies, including four straight from holes 15 through 18 on his front nine.

A group of six, including Australia's Jarrod Lyle, are tied for fourth after 66s.

Lyle, at his second tournament back on the US tour after overcoming leukaemia for a second time, mixed seven birdies with two bogeys to be at five under.

The 33-year-old qualified for the Frys.com Open earlier in October before finishing tied for 31st, and he continued his good form as he battles to earn his tour card outright - as he is playing on a medical exemption.

Matsuyama finished tied for third at the Frys.com Open, and the world number 19 is poised to go better after a strong 66 to start his week.

Another nine players squeezed their way into the 'top 10' after round one in a tie for 10th, including Americans Kevin Stadler, Brandt Snedeker, Scott Piercy, Zack Sucher, Wes Roach and Andrew Putnam.

Defending champion Webb Simpson is tied for 38th after a two-under 69.