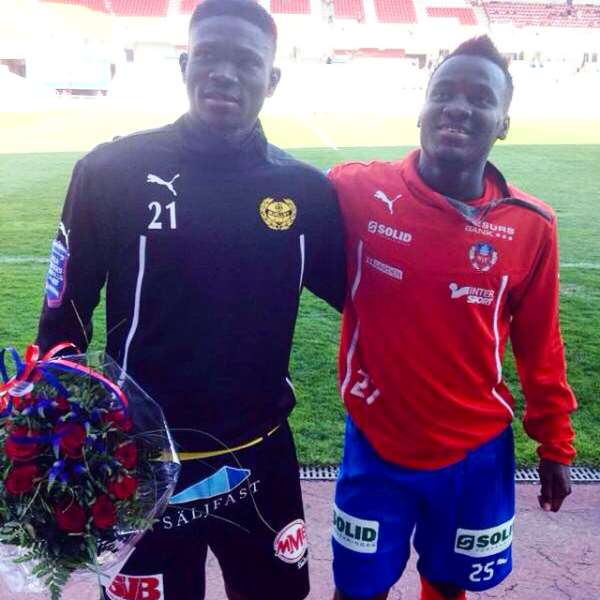 “Both me and Mike (Stahre) were there to scout and we saw many matches with some of the youth national teams and tried to form an opinion. They have good players there,” Gren told Goteborg's official website.

“Transitional rule does not allow players from Ghana to play in Europe until the age of 18, but that is not problem,” he added.

Accam is currently in contention for the Swedish Golden Shoe Award following his glistering scoring form this term but what is even more inspiring for the Goteborg is what they saw from Abdul Majeed Waris two seasons ago.

The now-Trabzonspor striker netted 23 times to win the top-scorer award and finished third to Zlatan Ibrahimovic and Johan Elmander.

Daniel Amartey, who joined Djurgarden for just a season before joining Danish giants FC Copenhagen was scouted by Djurgarden when he was still young and was signed on by the club when he turned 18.

“We're trying to keep an eye on players earlier than when they are 18 so that we can make the move earlier before they are 18 and sign a pre-contract just like what Djurgarden did with Amartey. We have not done that with any player now, but if we think that someone would be good enough, we may want to do so,” he added.