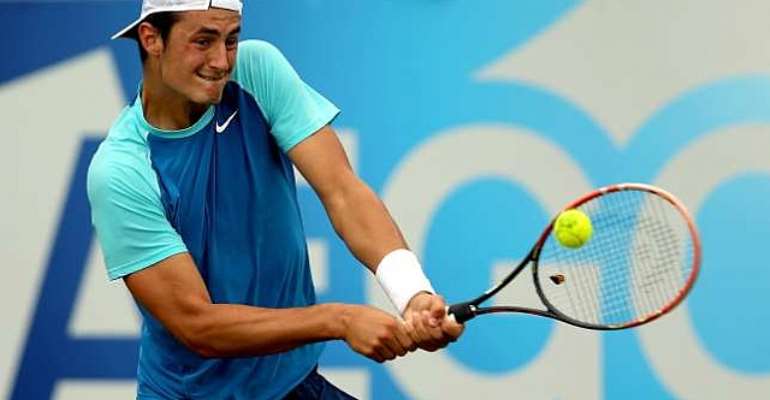 Falla, the highest ranked local in the Bogota draw at world number 54, was no match for Tomic, with the left-handed Colombian going down 6-1 7-6 (7-2).

The fifth seed at the ATP 250 event and runner-up in 2013, Falla was broken three times in four service games across sets one and two to be down a set and 3-1 and in grave danger of a heavy defeat in front of his home faithful.

Falla fended off four break points in the fifth game of the set, and got himself back into the contest when he levelled at 4-4 as he broke Tomic with his first break-point opportunity of the match.

Tomic, though, remained calm, and dominated the tie-break - winning five straight points from 2-2 to progress to his first tour-level quarter-final since reaching the Sydney final in January.

Now ranked 124th, Tomic will next face Canada's third seed Vasek Pospisil in the last eight at the hard-court tournament.

Pospisil downed American Alex Kuznetsov 7-5 7-5, as he reached the quarters for the second time in three tournaments - a comparative return to form for the 24-year-old after his injury-riddled 2014 so far.

Radek Stepanek and Alejandro Gonzalez will meet in the last eight, after the respective seeds progressed.

Polansky came from behind against Colombian qualifier Nicolas Barrientos to post a 3-6 6-4 6-3 triumph.

What Will The Publication Of 260-Page Cocoa Road Audit Repor...
37 minutes ago