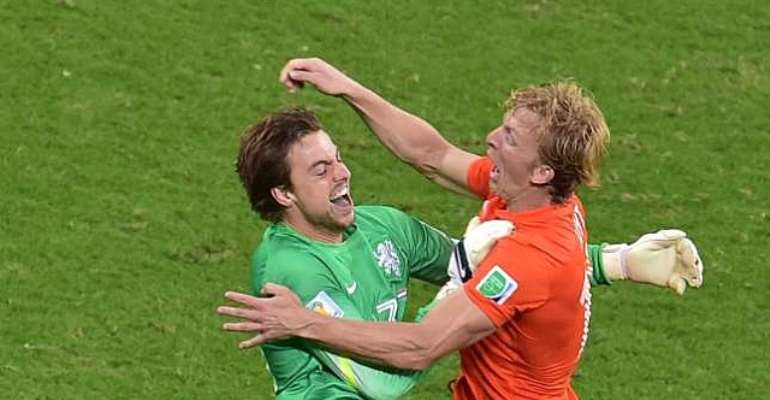 Krul emerged as an unlikely hero on Saturday as the Netherlands eventually overcame a spirited Costa Rica outfit to reach the semi-finals of the FIFA World Cup.

As the end of 120 goalless minutes in Salvador approached, the Newcastle United goalkeeper was summoned from the bench to replace Jasper Cillessen.

And Krul went on to save two spot-kicks to justify Van Gaal's decision, ensuring the Dutch triumphed 4-3 on penalties to earn a last-four meeting with Argentina.

Asked about the surprise appearance of Krul, a delighted Kuyt paid tribute to his coach.

"Louis van Gaal is amazing," said Kuyt, in quotes reported by the BBC. "From the first minute to the last, he is prepared.

"He talks to his players and they all know their jobs.

"It is not easy for Tim Krul to come on at the last minute and save them, but he did it. He was busy with the Costa Rica players and put them off."