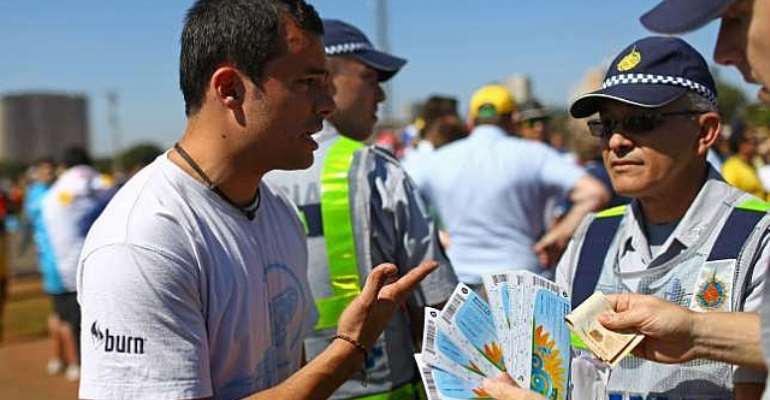 A day after Brazilian police confirmed they were investigating a ticket scam involving a FIFA official, Humberto Grondona revealed he sold tickets to a friend on the Argentinian TV station TyC.

While Grondona Jr is understood not to be the individual under investigation by Brazilian police in Operation Jules Rimet, the revelations again call into question the ethics of FIFA officials.

"I bought all of them for more than $9,000, I have a friend that is someone very well known in Argentina who wanted to come and I sold to him some of these tickets," Humberto Grondona said on Friday.

"He on his part gave the tickets to another friend, what they then did with the tickets I have no idea."

According to reports, FIFA reminded all employees and affiliates before the tournament via email that they were not allowed to on-sell tickets, which can be traced due to an embedded electronic chip.

Grondona Jr refused to reveal who he sold tickets to.

"I cannot tell you," he said.
"But do you think I would dirty my hands for $220? The truth is that I have no idea where these tickets went to."

Julio Grondona has been a part of FIFA's executive committee since 1988 and is the president of the Argentine Football Association, while his son is a technical advisor for football's global governing body.