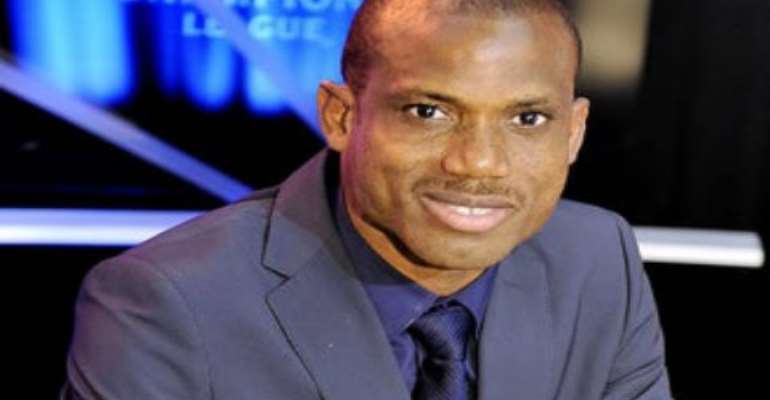 Former Super Eagles captain, Sunday Oliseh has predicted that an African country will eventually win the FIFA World Cup if right things like preparation and execution of plans are right.

Speaking on Cable News Network (CNN's) Human to Hero series, the 39-year-old Delta State indigene, said Wednesday night that poor and late preparations for the football showpiece has always been problems of teams from the continent.

"I think an African country will eventually win the World Cup. What is lacking now, it's simple to say ... what is wrong is that we don't plan well. We leave the planning 'til late," he says.

Oliseh insisted that for his prediction to come true, "Africans need to learn how to start pressurizing the opponents. Football has changed now. It's no longer football where you pick individuals and expect them to do well.

"Now it's more about team work, team dynamics, team schemes, things that are planned out like how to look at the opponent, how to bring about antidotes to the opponent's playing star.

"When it comes to physical strength and bursts of speed, you can't beat an African. But what is lacking now is just that technical and tactical know-how. Then we'll get it," observed the former Cologne and Borussia Dortmund player.

Oliseh who is a member of FIFA's Study Group, believes that the Nigerian senior national team, the Super Eagles will do well at Brazil 2014 although would not be drawn into predicting if the team led by former teammate, Stephen Keshi, will win the cup.

He admitted that his 1994 Super Eagles generation was blessed with so many individually talented stars.

Oliseh's World Cup days may be long past after retiring from the game in 2006, but come June and July he will be watching events in Brazil with avid interest.

"If I was to live without football now, I think I would die -- even my kids sometimes are bored because Papa is always watching games," joked the former Super Eagles star whose goal against Spain earned Nigeria first victory at France '98.