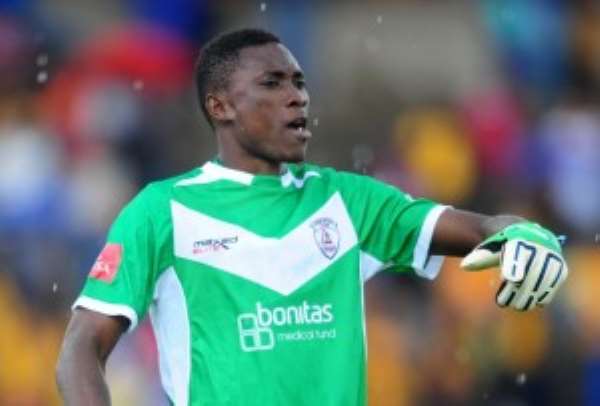 Ghana goalkeeper Daniel Agyei has returned to the squad of his South African club Free State Stars boosting his chances of making the Black Stars selection for the World Cup in June.

Agyei is in the 18-man match day squad that travelled to KZN for Saturday game against AmaZulu.

The Ghanaian missed the game against Polokwane City last weekend but he is in the squad giving him the chance for playing time while Ghana coach Kwesi Appiah prepares his final list.

According to a source in the camp of Ea Lla Koto, the 24-year-old replaced injured Ayanda Mtshali in Kinnah Phiri's team.

“We have just arrived in Durban as I speak. The guy (Agyei) is here with us. He has replaced Ayanda in the 18,” said the source.

Stars play against AmaZulu at the Moses Mabhida Stadium on Saturday.

The Bethlehem outfit needs maximum points to climb up the Absa Premiership log.

The next game is at home against SuperSport United on Wednesday.