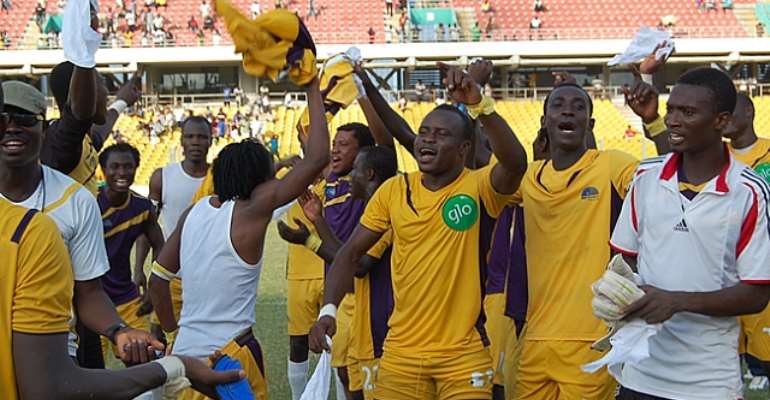 Medeama SC defeated nine-man Panthers FC 2-0 to seal qualification to the next round of the CAF Confederations' Cup at the Essipong stadium on Sunday afternoon.

Kwame Boahene and Godbless Asamoah grabbed the goals for the Ghanaian side as they progressed on a 4-1 aggregate scoreline. http://Medeama down Panthers in Confed Cup

Midfielder Kwame Boahene found the key to unlock the scoring in the 20th minute with a ferocious striker into the top left corner before substitute Godbless Asamoah tapped in from close range to seal the victory.

Medeama will lock horns with Moroccan side MAS in the next round.