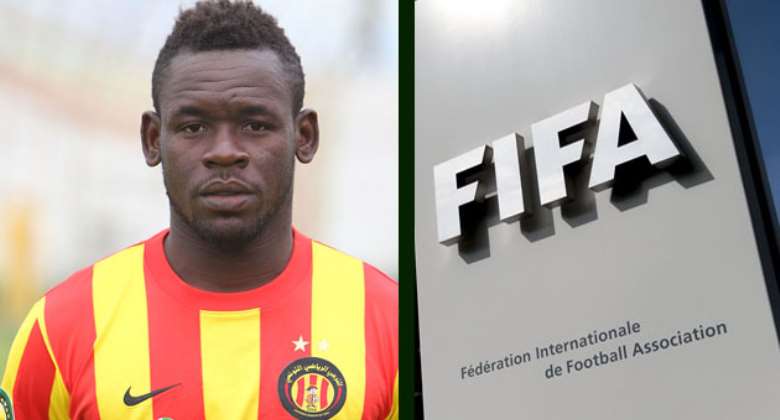 GHANSoccernet.com understands a legal cost reported to be in the region of US$ 100,000 has been awarded against Esperance.

Clottey was transferred to the Blood and Gold in September 2012 after the Ghana striker put up a sterling performance in the CAF Champions League where he scored 12 goals.

But Esperance have since not paid a dime to the Ghanaian club who made several unsuccessful attempts to retrieve their money.

The decision of the single judge and chairman of FIFA Players' Status Committee, Geoff Thompson of England, ruled that Esperance pay the amount in addition to a five percent interest calculated since 15 September 2012.

The ruling made on 15 January 2014, incidentally the anniversary of Esperance's establishment, was ratified by FIFA General Secretary Jerome Valcke.

Esperance have one month to pay the money from the date of notification which was yesterday.

Sanctions available in default of judgment after 5 March, 2014 will be relegation to the lowest division in Tunisia and suspension of their license to conduct player transfers to and from the club.

They have also been to two successive money spinning African Champions league finals.

Additionally, they sold Youssef Msakni to Qatari side side Lekhwiya SC for a reported fee of 10 million euros.

Esperance even loaned out Emmanuel Clottey to UAE outfit Al Dhafra for US$500,000 but did not any payment to Chelsea.

Clottey is to revert to the Tunisian outfit after his loan spell at Al Dhafra was terminated last month.