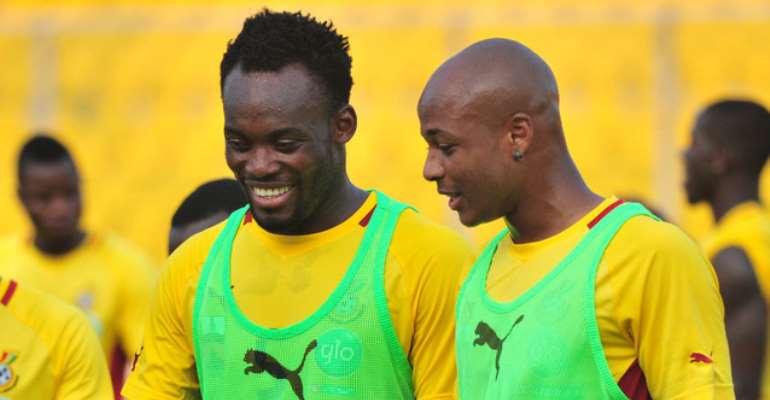 Ghana winger Andre Ayew has sent a congratulatory message to Chelsea star Michael Essien for his majestic display for Chelsea in their Capital One victory over Arsenal.

Essien marked his 200th domestic game for the Blues captaining them to an emphatic performance over Arsenal to reach the quarter-finals of the competition.

The 30-year-old Black Stars midfield dynamo was playing just his second game of the season for Chelsea and he put up a magnificent display guiding Jose Mourinho's side to victory.

And Essien's form in the game delights his international team-mate Andre Ayew who watched the game from the screens in Marseille and he took to twitter to congratulate him.

“Great game,” he tweeted and Essien replied “Thanks bro.”