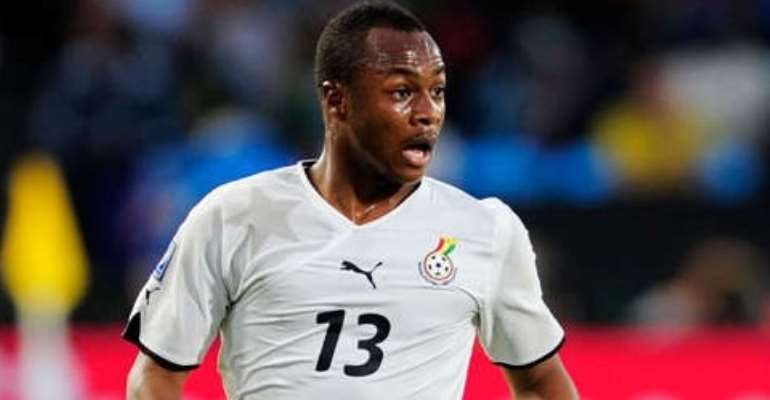 Ayew was booked by referee Said Ennjimi just after the hour mark for a lunge at the on-loan Nancy player, whose club have revealed he suffered a sprained ankle in the incident.

Ghana international Ayew said: "I was late but I never feared I would be sent off because I never had the intention of doing him harm.

"The linesman said he had seen it all and he advised a yellow card to Mr Ennjimi.

"I know Yohan well and I never had any wish to do him harm. I hope it's not serious and that he can play at the weekend."

And OM coach Elie Baup told L'Equipe: "We were very good in the first half. All the team were in tune.

"We were solid and scored the goals. It does not matter who was on the end of those moves."

Playmaker Mathieu Valbuena added: "Even if it was not the strikers who scored, they played their part. I noticed a greater presence in front of goal."

"In the first 20 minutes, Marseille imposed great physical pressure and we could not respond," he said.

"It's never easy to get a result at Marseille, never mind with a two-goal handicap.

"After that, we picked our heads up and reduced the deficit. We played our football with plenty of desire and determination. We were unlucky sometimes but Marseille defended well.

"Our second half was good but not good enough to beat a team like OM."