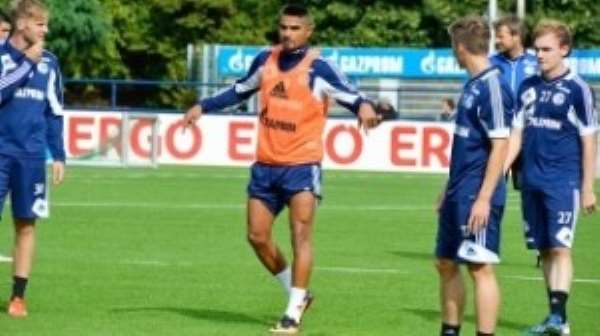 Ghana midfielder Kevin-Prince Boateng returned to training with Schalke on Monday after recovering from the injury that ruled him out of Friday's World Cup qualifier against Zambia.

The 26-year-old returned to training with the German Bundesliga side after recovering from a slight knee injury he suffered while in Ghana.

Boateng could not play in Friday's decisive win over the Chipolopolo that helped the Black Stars seal their place in the 2014 World Cup qualifying play-offs.

The knee setback prevented him from playing in the match in Kumasi after missing two training session because of the problem.

But he returned to training with the Bundesliga side on Monday as the knee problem looked to have improved following the few days of rest he had.

Boateng was the first of the club's international players to return to training on Monday.

He had to postpone his return to the Ghanaian national team after a two-year absence.

Boateng's return is a boost for the Royal Blues as they step up their preparations for the forthcoming league game at FSV Mainz.