The friendly match OM-Istre (1-1): The video of the first goal of Saber Khalifa with Marseille 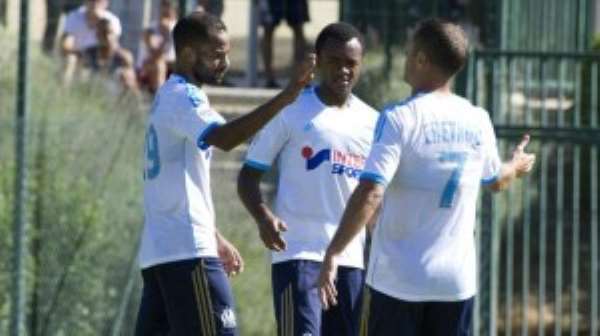 Olympique de Marseille http://en.africatopsports.com/?s=olympique+de+marseille#sthash.iKUAsZTD.dpuf took advantage of the week of international break to deliver a friendly match against Istres at Robert Louis-Dreyfus center, on Thursday morning (1-1).

Opportunity for the new recruits like Florian Thauvin , who joined the Club after an arm wrestling with his former club Lille, and the players are in lack of playing time, as Jordan Ayew http://en.africatopsports.com/?s=olympique+de+marseille#sthash.iKUAsZTD.dpuf (not used for the Black Stars match against the Chipolopolo). I missed the Black stars, Dede Ayew

The Tunisian Saber Khalifa, defector of Evian TG this summer, scored the goal that allowed them to reduce the score after Jerome Leroy opened the score for Marseille.