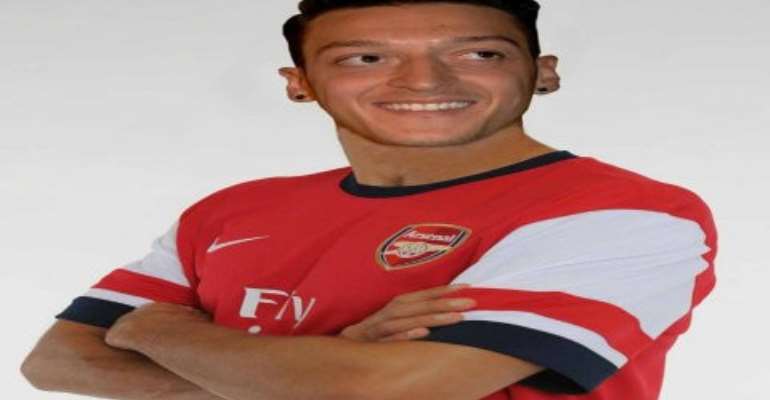 Ozil, 24, joins Arsenal from Real Madrid where he made a total of 159 appearances in three years. During that time he won both La Liga and the Copa del Rey.

The attacking midfielder has been a long-term target and manager Arsène Wenger said: “We are extremely pleased to have signed Mesut Ozil. He is a great player, with proven quality at both club and international level. We have watched and admired him for some time as he has all the attributes I look for in an Arsenal player.

“I have said throughout the summer that we have been working hard to bring in top quality players to this football club. This has involved many many people across the Club and I have always had the full support of the Club in making decisions on the football side.

“Mesut is a top quality footballer who will be a fantastic addition to our talented squad. We are all looking forward to him joining up with us after his international matches with Germany and working with us as an Arsenal player.”

Arsenal chief executive Ivan Gazidis said: “This is an exciting day for all of us. We have signed a world-class player who is one of Europe's brightest young talents.

“Mr Kroenke, our controlling owner, has always fully supported Arsène and the Club in making significant investments to strengthen our squad and to bring in talented players who fit our style and ambitions.

"Like all of us, Mr Kroenke wants to see Arsenal winning titles and trophies and he has absolute faith and belief in our manager to achieve that. We will continue to work towards that goal and look forward to an exciting season.”

Ozil joined his hometown club Schalke in 2006 at the age of 18 and, after spending two years with the Gelsenkirchen club, he made the move to Bundesliga side Werder Bremen in 2008. After making 71 appearances with Bremen, Ozil made the move to Real Madrid following impressive displays at the World Cup in South Africa.

He has made 47 appearances for his country, scoring 17 goals.

Speaking after completing his medical in Germany, Ozil said: “I am thrilled to be joining a club of the stature of Arsenal and am looking forward to playing in the Premier League. It will be great for my own personal development as a player and I am particularly looking forward to working with Arsène Wenger.

“From our negotiations it is clear the Club has huge ambition and I look forward to being part of an exciting future.”

Everyone at Arsenal welcomes Mesut to the Club. The deal is subject to the completion of regulatory processes. His number will be announced via @Arsenal on Twitter shortly.