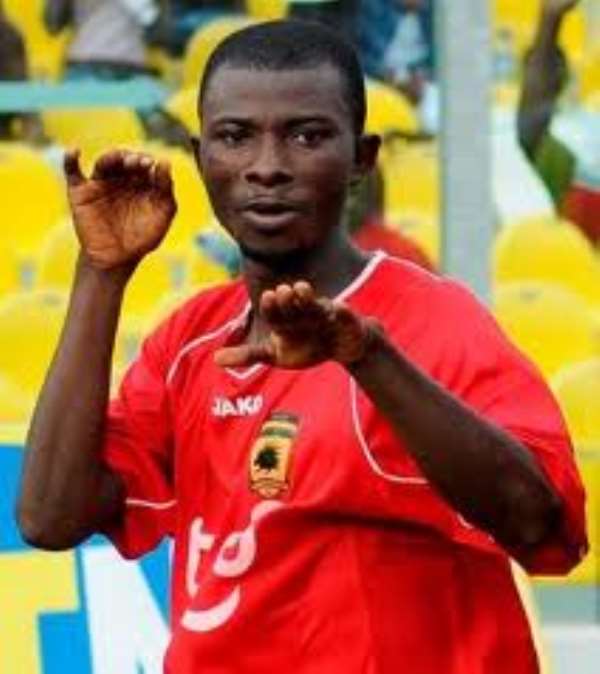 Midfielder Jordan Opoku is thrilled to return to his boyhood club Asante Kotoko and says it's time to win more trophies.

Opoku completed his return to the Ghanaian champions from Berekum Chelsea after passing a mandatory medical on Thursday and signed a three-year deal.

The 25-year-old held his first training session later on Thursday evening at the team's Adako Jachie training grounds and received massive reception from the crowd.

The former Dinamo Tirana loanee has expressed his delight with his return to the Kumasi-based side and confident the team can win trophies.

“It's a delight to be back. You know this is my home and always a pleasure to serve the country's biggest club,” Opoku said

“Berekum Chelsea have been phenomenal and I thank the officials for making my return to Kotoko smooth and swift.

“The Berekum fans will forever be in my heart. But I'm back here to work and ensure we retain the League title and win more trophies for the club.

“We want to make Kotoko fearsome again on the continent and I believe with the players we have and those  hoping to get on board, the sky will be the limit.”

Opoku previously played for the club between 2009-2011 where he won one Premier League title.