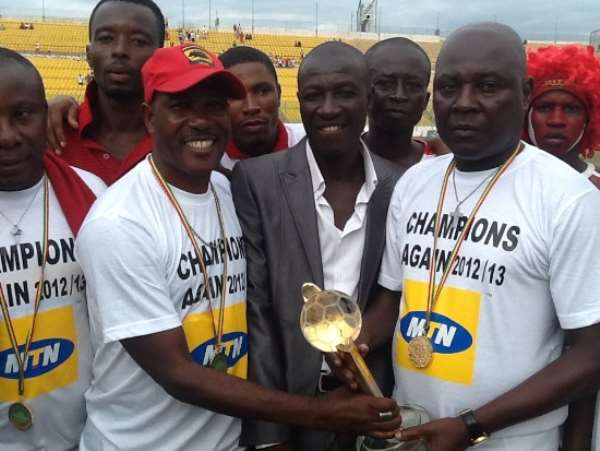 The club delivered a letter signed by interim management team head Opoku Nti informing the ex King Faisal coach of the decision to lay him off, according to Metro941.com.

Wellington's existing contract with Kotoko expires at the end of October but the club have offered to pay him the remaining two months on his contract so that the decision will take immediate effect.

He is expected to attend the team's training session on Wednesday to bid the team and technical staff goodbye.

Wellington joined Asante Kotoko after a brief stint with Gold Stars first as an assistant to Maxwell Konadu in 2012.

He however remained in his position when Konadu moved on to become the assistant coach of the Black Stars to help Mas-Ud Dramani retain the side's Premier League title they won under the former Wa All Stars trainer.

Kotoko had last week appointed Michael Osei as an assistant coach – a move which had all the writings on the wall for Wellington of his imminent sack.

His place will thus be taken substantively by the former Kotoko midfielder who arrived from New Edubiase.