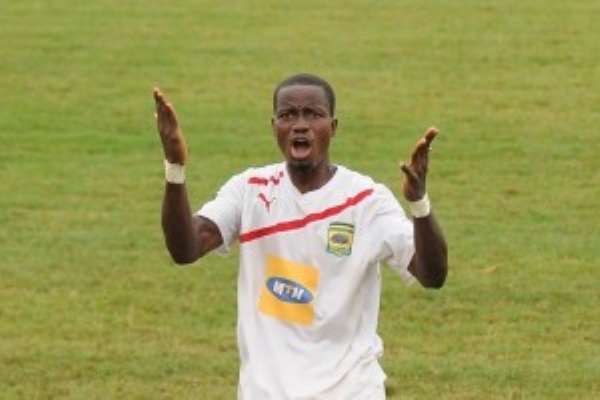 Kotoko have agreed to sell their midfielder Michael Anaba to Spanish second-tier side Elche, GHANAsoccernet.com can exlusively reveal.

The 19-year-old has agreed personal terms with club after impressing on trials two weeks ago.

His move to the European outfit however depends on Kotoko's quest to sell but officials of the Ghanaian giants have told Ghana's leading football website that the youngster will be sold to the Spanish outfit.

Kotoko were initially reluctant to release their prize asset but have been forced to admit defeat in their bid to get him stay ahead of their participation in next year's CAF Champions League.

Anaba's contract runs out early next year, when he can leave on a free transfer forcing Kotoko to sell now rather than risk losing for nothing next year.

Anaba played for Ghana at the 2013 FIFA U20 World Cup where he struggled to land a permanent role in the team.

He however came back strongly to captain the side in the semi final defeat to France as Ghana finished the competition in third place.

Why was the nurse not wearing gloves? - Ama K. Abebrese quiz...
12 minutes ago