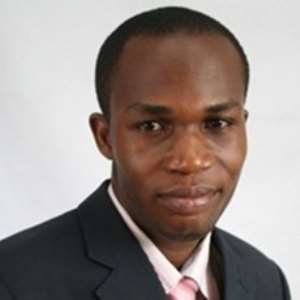 A researcher and a member of the GFA Research and Information Management Committee has stated categorically that Kwasi Owusu is the all time top scorer for the Black Stars and not Asamoah Gyan.

According to Thomas Freeman N. Yeboah, the former Black Stars captain (1975-77) scored a total of 36 goals, two more than the current Ghana captain Asamoah Gyan has scored in a decade.

His latest revelation comes on the back of a huge controversy over who is truly Ghana's all time top scorer.

That record was deemed to have been held by the Maestro Abedi Ayew Pele until he was dethroned last Friday when Asamoah Gyan's brace against Sudan shot him to prominence as the highest goal scorer for the Black Stars.

Freeman revealed on Kumasi based Metro FM last week that Abedi Pele per the facts had scored only 19 goals and could not have been Ghana's top scorer.

He promised that in subsequent editions of the 'Academic and Matured Sports', show he would disclose who is Ghana's top scorer.

On Wednesday, Thomas Freeman N. Yeboah stated emphatically that Kwasi Owusu is the man who wears the crown of Ghana's all time scorer with 39 goals, three of which were disqualified because the match was abandoned.

He found that Kwasi Owusu played for Bofoakwa fc and captained the Black Stars from 1975 to 1977. He also mentored Dan Owusu the first player to win Ghana's league top scorer for three consecutive seasons.

He gives Kwasi Owusu's goal tally as follows;
Below is a list of all the goals scored by Kwasi Owusu

GOALS WITHOUT SCORERS: 3
Names of players deemed to have been Ghana's all time scorer and the results of the research conducted on them

(1) Asamoah Gyan: He has scored 34 goals; all recorded in the archives.

(7) Kofi Pare scored a total of 15 goals as recorded in the archives, but there are six goals without the scorers, during the period he played.

Note: Baba Yara scored six (6) goals, as recorded in the archives but there are four goals although the score lines recorded there are no scorers, during the period Baba Yara played. Although he is not within the all time top ten scorers for Ghana, his name came up as one of the people likely to be the all-time top scorer.

Other players like C.K Gyamfi, Aggrey Fyn, Opoku Afriyie,George Alhassan, Opoku Nti, Yaw Preko, Mathew Amoah,etc scored a good number of goals for Ghana, but it is far from the top scoring record and at the same time their names haven't come up by soccer pundits and football fans for the all-time top scorer for Ghana.

Freeman challenged the assertion that some players scored enough goals to make them attain the all-time top scoring record.

Furthermore he said matches played by Ghana against clubs are not part of this analysis because when tallying international goals by players friendly matches with club sides are not taken into consideration.

For instance Edward Acquah could have ended up being the all-time top scorer if goals he scored against clubs by Ghana were taken into consideration. In 1962 Ghana embarked on East African tour and at the end he scored 13 goals but 8 of them were against club sides and also on Sunday 15th May, 1960 Ghana beat Blackpool by 5-0 and Acquah scored all the 5 goals.