Ghana could camp in Ethiopia for AFCON 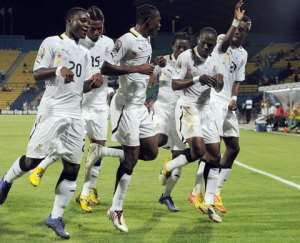 Ghana might camp in Ethiopia for next January's Africa Cup of Nations to be hosted in South Africa.

The Ghana Football Association is yet to confirm the pre-tournament camping base for the Black Stars who are chasing their first African title since 1982.

Kenya, which has been a preferred camping destination for the four-time African champions, is also being assessed by the management committee headed by FA president Kwesi Nyantakyi.

''My personal preference is Ethiopia which has the highest altitude of 1,500 feet above sea level and I think it would be extremely beneficial to the team in terms of building their energy levels,'' Ghana FA boss Kwasi Nyantakyi told Africa Sports.

Ghana are in Group B alongside Mali, Niger and Congo DR for the tournament which will run 19 January - 10 February.

The Black Stars opener is against the Leopards of DR Congo DR in Port Elizabeth on 20 January.