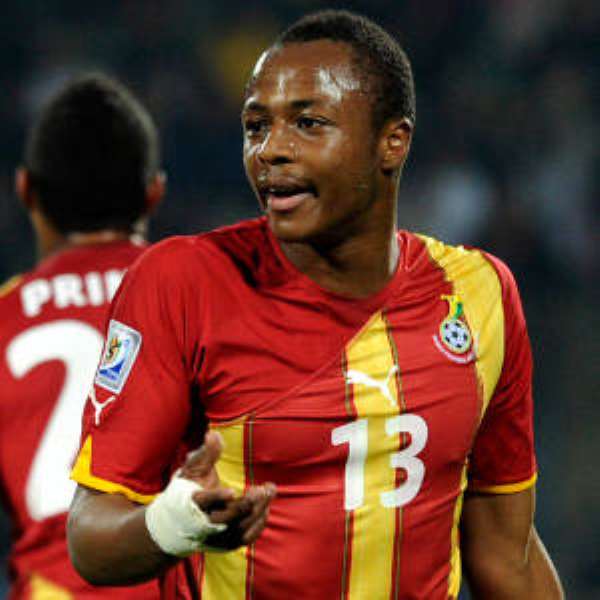 The 22-year old successfully underwent a shoulder injury on Tuesday and is expected to be out for about three months.

The Stars will host Lesotho on June 1 before flying to Lusaka seven days later to face the Chipolopolo of Zambia, who are the defending African champions.

Meanwhile, Kwesi Nyantakyi, President of the Ghana Football Association (GFA) has expressed his positive thoughts on the player's current status.

“We are delighted the operation went so smoothly and successfully. Ghanaians are praying for you to recover properly and return to the game you love most.

“At this point all we can say is our thoughts are with you (Andre) and we hope you make a speedy recovery,” Nyantakyi said in a statement copied to GNA Sports on Tuesday.

Ayew who plays for French side Olympique Marseille has been an integral part of the Black Stars since making his debut in 2007.

He was adjudged the third best player on the continent by the Confederation of African Football (CAF) last year behind Ivorian Yaya Toure and Seydou Keita of Mali.