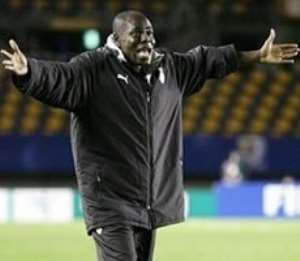 Technical Director of Liberty Professionals, Sellas Tetteh, has hinted that he is ready to coach the Black Stars if the need arises.

He also took interim charge of the Black Stars for the 2010 joint Nation/World Cup qualifiers. “At the moment, there is somebody there. But this is a job I have been doing for a long time so if there is a vacancy why not? Everything is in the hands of God so we will see,” Coach Tetteh added.

Sellas Tetteh left Ghana in 2010 after being appointed coach of Rwanda, but resigned and returned home after a string of poor results.

Tetteh has spent his entire coaching career at Liberty since their promotion to the top flight in 1990.

The 54-year-old was coach of the Dansoman-based side from 1996 to 2001 before serving as an assistant to Cecil Jones Attuquayefio.