Stevanovic's contract will not be renewed 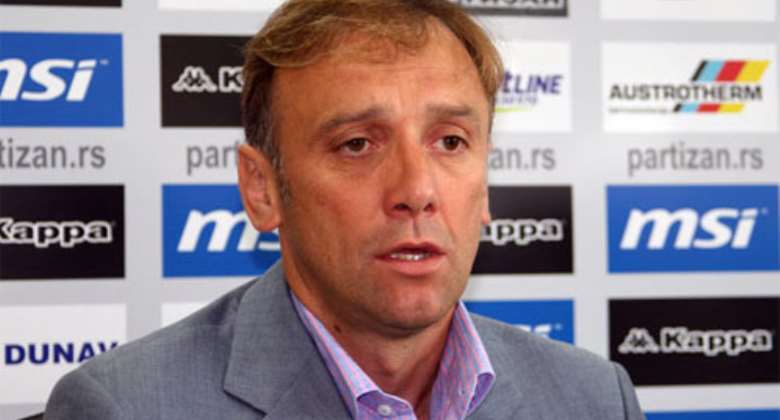 Malabo, Feb. 10, GNA -The Ghana Football Association (GFA) will not renew the two year contract of the Black Stars Coach, Goran Stevanovic which expires next month.

An impeccable source at the GFA told the GNA Sport in Malabo, Equatorial Guinea that the Serb will not be given another opportunity with the Black Stars.

The sources said Stevanovic's last assignment with the Black Stars will be the Federation of International Football Association's (FIFA) international game against Chile later in the month in the United States of America (USA).

“His contract will not be renewed. But for the international game against Chile, he will have been allowed to leave right after the Africa Cup of Nations.”

Stevanovic promised to deliver Ghana a Nations Cup trophy after a three decade wait when he was contracted as coach almost two years ago and declared that it was time for Ghana to start winning trophies again.

Subsequently, the coach said he will resign if he was unable to back his words with action. However, it appears his failure to annex the trophy will not be the only reason he will either jump to avoid the push or hang on until his contract expires in March.

The source said apart from Stevanovic's inability to deliver the trophy, there were other issues that made his stay almost no longer welcome.

It is believed the Coach's supposed ego play with Kelvin Prince Boateng before the latter called time off his international football and some decisions he took with the inclusion and exclusion of some players during the build up to the tourney had made him a bit unpopular.

Meanwhile, information pieced together by GNA Sports indicates that the GFA may consider breaking the cycle of foreign coaches by finally settling for a local one.