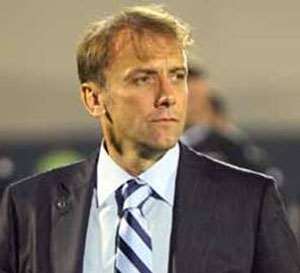 The international friendly match between the Super Eagles of Nigeria and the Black Stars of Ghana, scheduled for Vicarage Road Stadium, Watford, has been cancelled, due to the ongoing riots in the United Kingdom (UK).

According to an email sent to DAILY GUIDE SPORTS by Mark Jamieson, media officer for Watford FC, the match was called off upon the advice of Hertfordshire Constabulary.

A Ghana Football Association (GFA) source told journalists that the security agencies had told match organizers they would not sanction any gathering of more than 5,000, and the game between the two West African countries was expected to attract not less than 15,000 spectators, necessitating the call-off.

Indeed, before mid-day local time yesterday, all matches in the UK, including the England-Holland game scheduled for the Wembley Stadium in London had been called off, with the Ghana-Nigeria friendly being the only game standing.

But later it had to be cancelled as well due to the rioting, which seemed to stretch the security set-up in England to its limit.

The rioting began over the weekend at Tottenham following the killing of 29-year-old Mark Duggan, a local, by the police who claimed the victim had fired shots at them.

DAILY GUIDE SPORTS gathered that initially about 100 protestors had gathered on Tottenham High Road in a peaceful demonstration on Saturday to demand justice following the death of Duggan.

However, the gathering turned violent when police vehicle were smashed and burnt by the youth who claimed a teenage girl protester was heckled by police personnel after she threw a stone at them.

The violence continued into the night of Saturday through to Sunday morning in areas such as Wood Green, as the rioters burnt and looted shops, and set ablaze any bus on sight.

In subsequent days, the rioting was replicated in various areas in London such as Croydon, Peckham, Clapham, and Ealing, an affluent suburb of the English capital.

There were reported incidents in Liverpool, Birmingham, West Bromwich and Bristol, leaving the police force bursting at its seams. About 16,000 personnel were deployed to the various flashpoints, DAILY GUIDE SPORTS learnt.

British Prime Minister David Cameron who had to cut short his holidays in Italy, returned to England and was yesterday held in an emergency Cobra meeting to find a solution to the riots.

He was quoted as saying, 'I am committed and the government is committed that justice will be done and the people (rioters) will see the consequences of their action.'

The youth used social networks such as tweeter to decide on their rallying point.

According to Brian Wells, a Londoner who spoke to DAILY GUIDE SPORTS , many locals in Tottenham linked the incident to one that took place about 25 years ago, in which a policeman was killed in an area known as Broad Water Farms, in Tottenham.