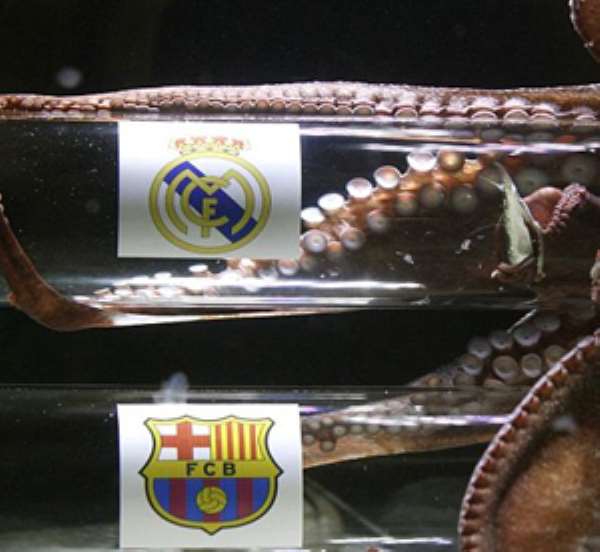 Octopus Iker, which correctly predicted the result of the last two “classicos” between Real Madrid and Barcelona, has foreseen Real will reach the final of the Champions League.

Iker predicted Real would reach the final at London's Wembley arena on May 28 by choosing to eat a sardine from a glass cylinder decorated with the club's badge instead of one from a cylinder with Barcelona's badge on Tuesday at the Sea Life Aquarium in the southern city of Benalmadena.

The 16-kilo (35-pound) octupus, named after Real keeper Iker Casillas, has already predicted Real's 1-1 draw against Barcelona in La Liga on April 16 and the club's 1-0 win over the Catalan club in the King's Cup final four days later.

The two sides met in the first leg of the Champions League semi-final yeterday Real's Bernabeu stadium today. The second leg will take place at Barcelona's Camp Nou stadium on May 3.

Whichever Spanish team makes it to the final will face either Manchester United or Schalke 04.