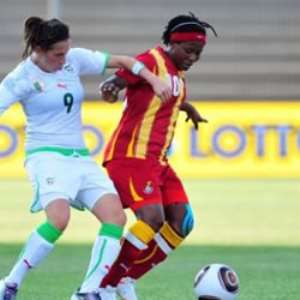 Ghana have arrived in Ethiopia for the Second Round qualifying for the 2012 London Olympic Games.

Coach of the Black Queens, A.K Adusei picked a squad of 18 players for the first leg game against Ethiopia this weekend.

Eight teams remain in the hunt for the continent's two qualifying places.

The Black Queens reached the Second Round stage after completing a 7-1 aggregate victory over Guinea with coach Adusei determined to ensure Ghana continues to advance.

"We can certainly take some positives from the last round of qualifier (game with Guinea).

"But in football, the most important game is the always the next game. We need to get a good result in Ethiopia ahead of the return game at home," the Ghana coach said.

"I trust my girls to deliver. The team is always improving and that good for us. But we need to take our chances and remain focused throughout the game."

The Black Queens missed out of the 2008 Beijing Olympics after losing in the final play-off fixture to Brazil but are determined to ensure that they make a historic Olympic appearance at next year's Games.