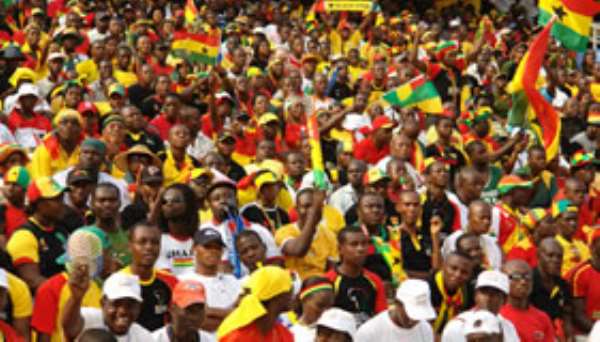 
President John Evans Atta Mills has been heavily criticized by sports fans for his decision to present donations to the Millennium Supporters Union of Ghana (MISUGHA), towards the celebration of this year's Eid Ul-Adha celebrations.

Deputy Minister for Local Government and Rural Development, Elvis Afriyie-Ankrah on behalf President Mills on Thursday, presented five bags of rice, a bull and a cash donation of GHS 500 to the Nima-based supporters union.

Mr. Afriyie-Ankrah had early on made a similar presentation to the National Chief Imam, Sheikh Osmanu Nuhu Sharabutu.

According to some members of the aggrieved supporters unions, there are Muslims among them who are also celebrating the Eid Ul-Adha and would therefore be unfair if the President ignores them.

There are also suggestions that Members of MISUGHA openly declared support for Prof. Mills in the heat of the campaign towards the 2008 polls, hence the President's decision to “reward” them with the donation.

Meanwhile, Deputy Local Government Minister Elvis Afriyie-Ankrah has described the hue and cry of members of the other supporters union as needless controversy.

He said on Asempa Sports Morning Show on Friday that, he personally recommended to President Mills to consider making a presentation to MISUGHA because they have managed to channel their energies into doing something meaningful by supporting the Black Satellites throughout the FIFA Under-20 World Cup tournament which Ghana won in Egypt last month.