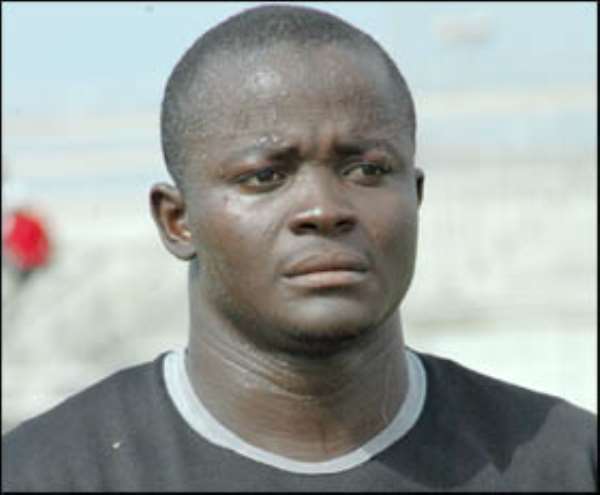 Sanni Mohammed THE FINANCIAL difficulties that forced Sanni Mohammed to abandon Hearts for Kotoko has followed the agile goalkeeper to the Ghana champions.

Sanni is reportedly in deep financial quagmire following Kotoko's failure to pay his signing on fee as promised.

After three months at Kotoko, Sanni according to sources, has not been settled by Kotoko, a situation which has infuriated him.

The same financial troubles are said to have compelled Sanni to quit Hearts at the beginning of the season.

Despite the unpleasant situation, the ex-Hearts goal tender still trains regularly with his teammates at Kotoko, hoping that the Porcupine Warriors would honour their promise anytime soon.