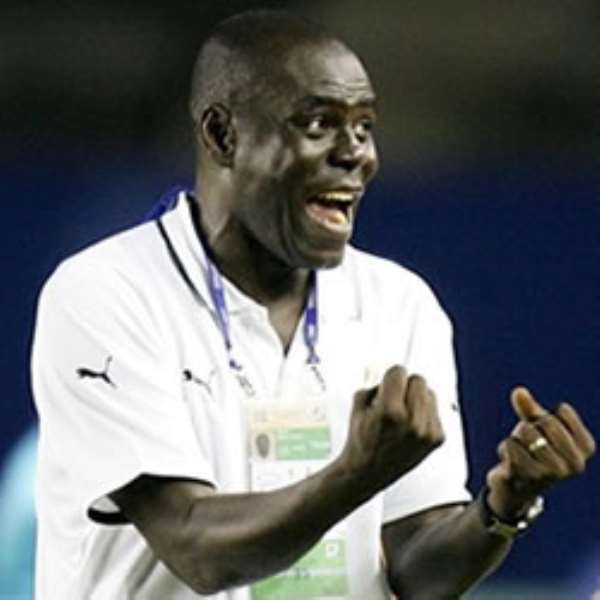 Few men have achieved success with Ghana's national under-20 team, the Black Satellites and that certainly explains why it appears one the difficult sides to manage after its past glory days.

Sellas Tetteh is hoping to join the list of persons to have handled the team and attained success judging by Ghana's high standards after a sudden decline in the team's fortunes lately.

However, the coach who has returned to the junior side after a long spell as national assistant to the senior team is ready to make a mark with the Black Satellites having gained valuable experiences from Black Stars camp.

The Black Satellites, silver medalist at the FIFA U-20 World Cup in 1993 and 2001 also finished fourth at 1997 edition of the same competition are yet to win gold in the World Cup.

On the African continent, Ghana has won two championships in 1993, 1999 and also have a 2001 runners-up medal to their credit but the team has failed to impress lately having struggled to make it to the African U-20 Championship since 2003 after it last fell out at the group stage of the competition.

This is the very challenge that Sellas Tetteh would be trying to overcome as Ghana begins its qualifier for the 16th Africa Youth Championship later in June after drawing a bye in the preliminary round.

And the new Black Satellites coach and his team would join the qualifying campaign at the first round stage as Ghana play at home first to Angola on June 29.

Before getting to real work when the qualifiers start, Sellas has been watching closely as he strolls the pitches of the national camp in Prampram where the team has been training before going on a short break.

For the new man, it's a familiar situation but a time to give the 35 players he has under his lenses, the chance to impress but on a consistent basis, he told the Ghana Football Association's official website, www.ghanafa.org .

The new challenge might come with some difficulties but Sellas is confident of enjoying every moment in his new role as coach of the Black Satellites.

“It's about brightening the corner wherever I am. I have been entrusted with this responsibility and I think I can deliver. We (coaches) have been in the job for long and we appreciate every challenge,” he said.

The past weeks in the national camp has afforded Sellas Tetteh the chance to closely monitor his charges before they recommence next week at the same grounds.

“It has been very encouraging and convincing because when we started we were having some slight difficulties but I think now, they are picking up very, very well and when we stay in camp for long it will help us.

“We are trying to pick the best so we are doing our best.”