Gossip & Transfers: Muntari transfer Back On? 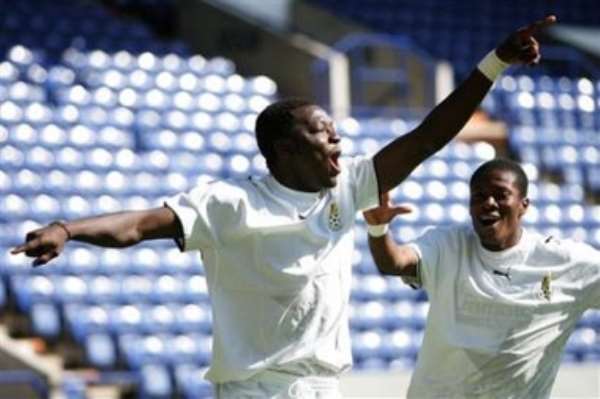 22.01.2007: According to reports in Italy, this morning, Sulley Muntari will join Portsmouth from Udinese. Muntari had an outstanding game in midfield for Udinese this weekend. The Ghana international was at the heart of all his team's best moves.... and Portsmouth had a miserable weekend. Finally they think he's worth the asking price

Matthew Amoah's German adventure is over. Dortmund have asked him to look for another team and the striker has started the search. A year ago Amoah made the move from Vitesse Arnhem to Dortmund. In Arnhem he proved to be a goalscorer but he couldn't do the same in Germany. He has only played 8 matches since January 2006 and he has not managed to score a single goal.

Alex Asamoah will be on trial in Isreal with maccabi netanya

Italian side, As Roma has proposed Samuel Kuffour to Olympique de Marseilles for a move to France during January transfer season

Stanley Aborah (son of the ex-black star midfielder with the same name) moves to Second Division FCV Dender EH. The 19-year-old midfielder did not get an extensionto his contract at Ajax in July. Trials at Middlesbrough, Hamburg SV, Caen, Arminia Bielefeld, Lierse and SV Zulte Waregem did not produce the desired result.