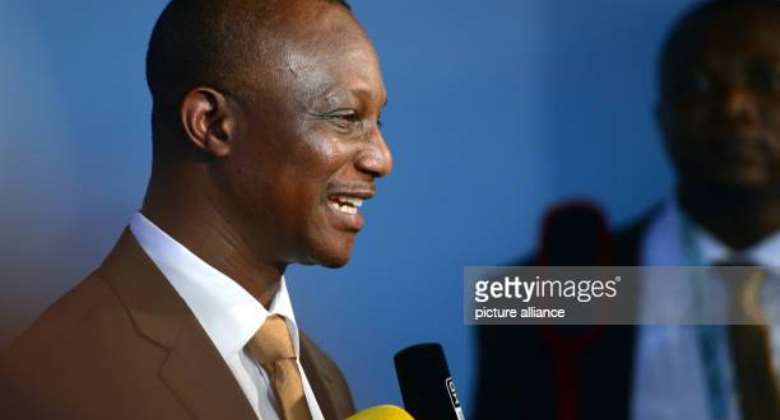 Coach James Kwasi Appiah says he decided to apply for the vacant Black Stars job mainly to correct the wrong impression that local coaches were not cut out for the position.

According to him, though his application was indeed an afterthought, he was motivated to challenge the status quo after hearing that over 60 coaches had applied for the position without a single Ghanaian.

Speaking in an exclusive interview with Graphic Sports last Saturday, Coach Appiah, who was the first Ghanaian coach to qualify the Black Stars for the FIFA World Cup in Brazil in 2014, noted that the impression that no Ghanaian could handle the Black Stars was sickening and unfortunate.

Based on his modest contributions to the senior national team in recent times, including the historic manner in which he qualified Ghana to Brazil in 2014 with a 6-1 demolition of seven-time African champions Egypt in Kumasi on October 15, 2013, the former Black Stars skipper and trainer believes he is better placed for the highly demanding job.

Apart from choosing Otto Addo and assistant coach Mas-ud Didi Dramani as his scouts for the Brazil 2014 World Cup, Kwasi Appiah is also credited for leading the Black Stars to hold eventual champions, Germany, to a 2-2 draw in a match which was adjudged as the tournament's best by the FIFA Technical Study Group.

He revealed that having taken a personal decision to withdraw from football for a while after his second stint with the Black Stars ended in December 2019, it never occurred to him to reconsider his stance after Coach Otto Addo stepped down last month until the Ghana Football Association (GFA) recently announced that over 60 coaches had applied for the job without any Ghanaian.

"Even though I had no intention of applying for the position, I later decided to do so just to correct the wrong impression that no local coach was qualified for the Black Stars job," he explained.

"All along I thought the GFA was headhunting for a new coach because I didn't hear any announcement inviting applications from interested coaches.

"So when I heard that many foreign coaches had already applied, I also decided to apply to put it on record that local coaches also have what it takes to handle the Black Stars," he stressed.

The soft-spoken coach believed that his credentials made him the most qualified Ghanaian coach to handle the Black Stars now following his immense contribution to the team during his two previous stints.

"The last time we checked I had introduced about 40 players to the Black Stars in recent times. These are the players who are carrying the team and holding aloft the Ghana flag now," he noted.

According to him, he always had the nation at heart whenever he had the chance to coach the Black Stars, hence the philosophy to always build a team for the future.

"I believe we must have a succession plan for the Black Stars and not only think of getting immediate results always.

"For instance, considering the pool of players we have in the team now, there is the need to build a strong first team for tournaments and also have a second strong team as a backup for the future," he explained further.

"That is the succession plan I'm talking about. We must have a development plan to build a strong and winsome Black Stars team for the future."

Coach Appiah, who is on record to have introduced Jordan Ayew, Mohammed Kudus, Daniel Amartey, Baba Rahman and many other key players into the Black Stars, said the way forward was to have a long-term plan for a better future.

He disclosed that since stepping aside to take a deserving rest from football and concentrate on his family and his numerous businesses, he had been bombarded with offers from foreign clubs and some national teams in Africa.

He, however, said he was yet to consider any of those offers because he was still contemplating on when to bounce back to full-time coaching.

It will be recalled that the current GFA administration decided not to renew Kwasi Appiah's two-year contract following its expiration in December 2019.

Meanwhile, Black Stars technical advisor, Chris Hughton, is in pole position to take over the reins of the senior national team, having worked closely with the team at the Qatar 2022 FIFA World Cup.

The Black Stars are racing against time to get a new coach to prepare a team for the upcoming 2023 Africa Nations Cup (AFCON) qualifiers in March.