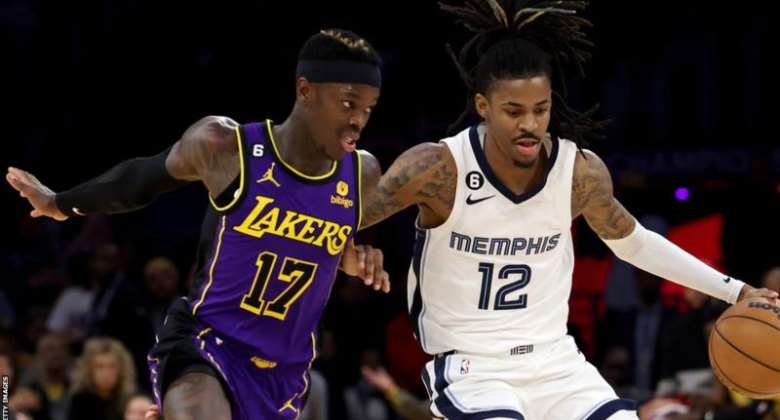 Schroder held his nerve late on to secure the victory

Schroder, who finished with 19 points had a steal, a lay-up and hit three free throws in the final 13 seconds as the Lakers won 122-121.

Grizzlies forward Brandon Clarke missed a free throw with 1.2 seconds to go that would have tied the game.

"I just went to go get it, stabbed at it, the ball went loose and I just attacked the basket."

The Lakers, who had lost four of their previous five games, were 13 points down late in the third quarter.

Elsewhere, Kyrie Irving finished with a season-high 48 points and 11 rebounds as the Brooklyn Nets beat the Utah Jazz 117-106.

It was a first win for the Nets since Kevin Durant injured his knee against Miami nearly two weeks ago.