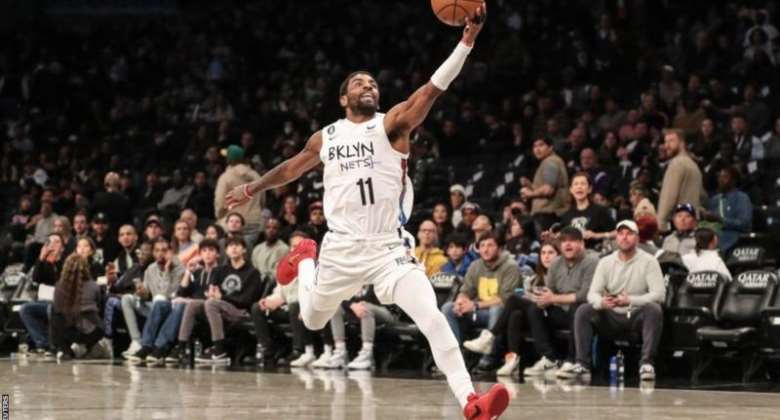 Kyrie Irving helped the Brooklyn Nets to a 127-115 win over the Memphis Grizzlies on Sunday in his first game after a team-imposed suspension.

Irving missed eight games after posting a link to an anti-Semitic film, during which time he met NBA commissioner Adam Silver and Jewish community leaders.

He finished with 14 points on his return while Kevin Durant scored 20 of his 26 points in the second half.

The Nets pulled away in the fourth quarter to improve to an 8-9 record.

The Golden State Warriors, the defending champions, are also 8-9 after beating the Houston Rockets 127-120 for their first away win of the season.

The Lakers, who are now 5-10, led 95-67 after three quarters and cruised to the finish to claim a third straight win for the first time this season.

Only the Utah Jazz have a better record than the Phoenix Suns in the Western Conference after Cameron Payne scored a team-high 21 points as the Suns beat the New York Knicks 116-95.