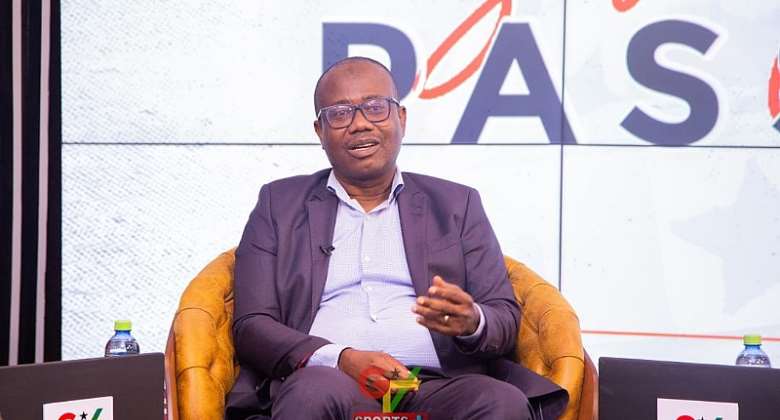 Kwesi Nyantakyi, a former President of the Ghana Football Association has finally opened up on why Laryea Kingston failed to make the Black Stars squad for the 2006 World Cup squad.

The former Great Olympics and Hearts of Oak winger despite his immense contribution to the team's qualification was left out of the squad in the country's maiden appearance in the Mundial in Germany.

Speaking in an interview, Mr. Nyantakyi revealed that an official of the FA was tasked with filing the appeal but it wasn’t done on time, leading to the midfielder missing the tournament.

“Ghana appealed [Laryea Kingston’s suspension], but the truth of the matter is that the appeal was filed out of time,” Nyantakyi told Joy Sports.

“Somebody’s negligence at the time. I remember Alex Asante [Deputy General Secretary of the GFA] brought me the sanction [letter] in my room in the hotel at Port Said,” he explained.

“I was seated with OB Amoah [then Deputy Sports Minister], so I asked him to hand it to another official (name withheld) to handle.

“We moved on to concentrate on other things hoping that this thing would be done, and it was not done. By the time we all came back to look at it, it had not been done. Unfortunately, that’s how Laryea Kingston didn’t make it to the 2006 World Cup.”

Laryea was a key member of the Black Stars between 2002 and 2010, making 41 appearances and scoring six goals.

The 41-year-old was, however, not part of Ghana’s squad when the Black Stars featured at their maiden World Cup in 2006 due to a three-match suspension he received during the AFCON earlier that year.

He subsequently missed the Black Stars’ ultimate group match against Zimbabwe at the AFCON and would’ve been unavailable for his country’s opening two group games at the World Cup.

Meanwhile, Laryea recently admitted that it still hurts that he never featured at the FIFA World Cup during his playing time, having also been dropped for the 2010 tournament in South Africa.