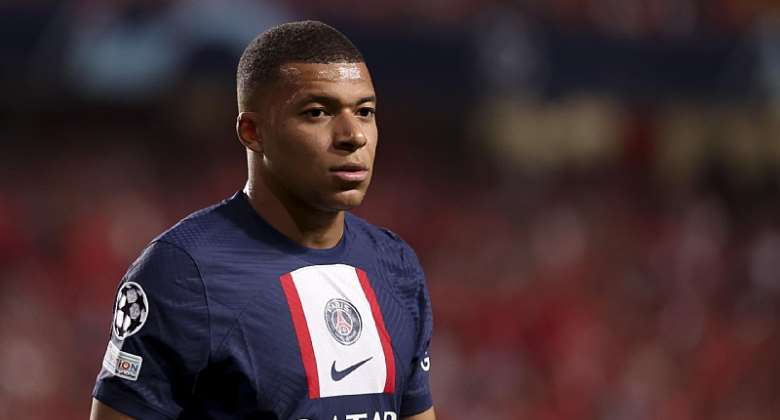 Kylian Mbappe wants to leave Paris Saint-Germain in the January transfer window, according to bombshell reports published on Tuesday in both Spain and France.

Mbappe signed a new contract with PSG last summer after being heavily linked with Real Madrid.

But reports published in RMC, Marca, Le Parisien and L'Equipe all say that Mbappe wants to leave the club because of a breakdown in relations with the senior management.

The reports add that PSG are willing to work with the World Cup winner to arrange a departure, but reportedly the club have made it clear that he cannot join Real Madrid.

Earlier this year, there were claims that Mbappe made demands to the club, as part of his decision to stay, including a desire to sell team-mate Neymar.

Following PSG’s goalless draw against Reims on Sunday, Mbappe posted a cryptic Instagram story with the word “#pivotgang” which has been interpreted as a subtle dig at manager Christophe Galtier’s insistence on playing the 23-year-old at the point of his attack.

“I don't know what was said to Kylian before I arrived in Paris,” Galtier told the press post-match.

“But throughout the preparation, we discussed a lot with Luis Campos and the president [Nasser al-Khelaifi] to have a fourth striker, with a different profile, who could allow us to have two strikers and for Kylian to play as often as possible in his preferred area.

“Today, we have other players, totally different, but world class. Kylian sometimes finds himself in the centre and he has the feeling of being a pivot.

“But he is an intelligent player, capable of adapting. I spoke to him yesterday [Sunday[ at length. About being able to exchange with him, about his expectations.”

“In a way, Mbappe would have preferred to have a striker with him, more than being obliged to play the role of "pivot",” said Dupuis.

“He feels that he has to play this role for the others [Lionel Messi and Neymar] when he hoped somebody would do that for him.

“That's what Galtier explained yesterday. In fact, when you see the games, you see that he's not a pivot. But he feels he is.

“I'm not sure PSG regret for now to have Mbappe. But it’s a weird situation because it started when Paris was good. Looked like that wasn't enough for Mbappe.”

It’s also understood that the club’s sporting director, Luis Campos, is also likely to depart PSG after joining the Ligue 1 champions in the summer.

Reports claim he is not happy with president Al-Khelaifi and the struggles to offload players.

PSG play Benfica at home in the Champions League on Tuesday night in a battle between the top two teams in Group H.