CAF Confederation Cup: AS Bamako cruise past Hearts of Oak with a 3-0 win in Mali 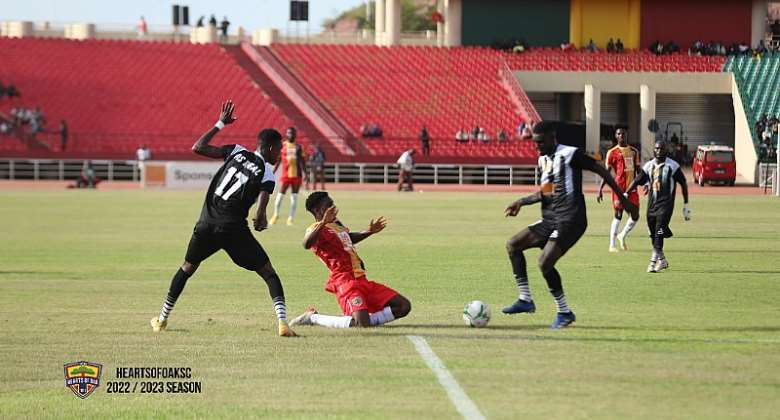 AS Real Bamako made light work of Hearts of Oak on Saturday evening as the team outplayed and scored the Ghanaian opponent 3-0.

The Malian Premier League club today hosted the Phobians in the first leg clash of the tie in the second round of the preliminary stages of the 2022/23 CAF Confederation Cup competition.

Prior to the crucial match, Hearts of Oak shot themselves in the foot when the club sacked Samuel Boadu after winning five trophies in 18 months without appointing a new head coach.

Shockingly, the club only appointed Coach David Ocloo as an assistant coach and tasked him to handle the tough task.

In the dugout today, the gaffer could not conjure the expected magic, as he watched his team get beat by a well-drilled AS Real Bamako side.

At the end of the one-sided contest, the Malians finished the game with a three-nil victory that has given the side a huge advantage ahead of the second leg.

That reverse fixture will be played at the Accra Sports Stadium in Ghana on Sunday, October 16.