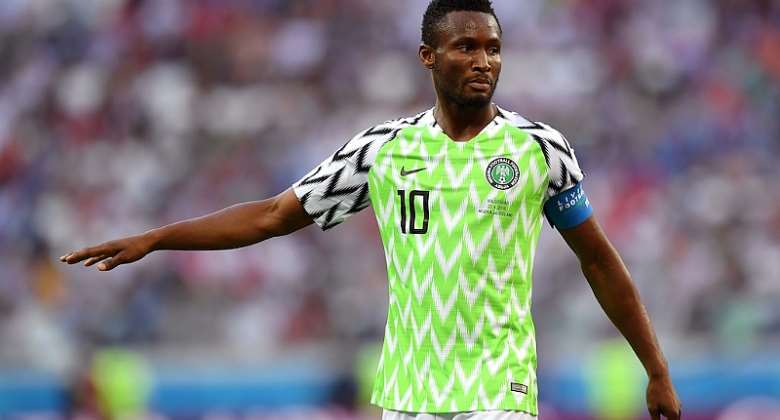 Former Nigeria and Chelsea midfielder John Obi Mikel announced his retirement after a long and decorated career on Tuesday, saying "all good things must come to an end".

"I look back at the past 20 years of my career, and I must say that I am very satisfied with all that I was able to achieve and more importantly the human it has helped shape," the 35-year-old posted on his Instagram account.

Among his many achievements was helping Chelsea to their first Champions League title in 2012.

And his former club were quick to pay tribute to the player who joined them "as a fresh-faced 19-year-old".

In a decade of service, he clocked up 372 appearances in a Chelsea shirt, winning the Champions League, two Premier League titles, four FA Cups, the Europa League and two League Cups.

In his retirement post Mikel wrote: "There is a saying that 'all good things must come to an end', and for my professional football career, that day is today."

He paid particular tribute to his "ever-loyal fans".

"You supported me through my highs and lows, even on days that I did not live up to your expectations. I say a big thank you," he told them.

The Nigeria captain called time on his international career after helping the Super Eagles to third place in the 2019 Africa Cup of Nations in Egypt.

He also led Nigeria to a bronze medal at the 2016 Rio Olympics in Brazil as one of the over-aged players.

After leaving Chelsea in 2017 he had a couple of seasons in China with Tianjin, returning to England with Championship side Middlesbrough in 2019.

He signed for Trabzonspor as a free agent at the end of that season, only to terminate his contract early with the Turkish outfit in March 2020, as the coronavirus pandemic erupted.

He returned for the 2020-21 season with Stoke, another Championship side, with his last port of call a stint at Kuwait SC.