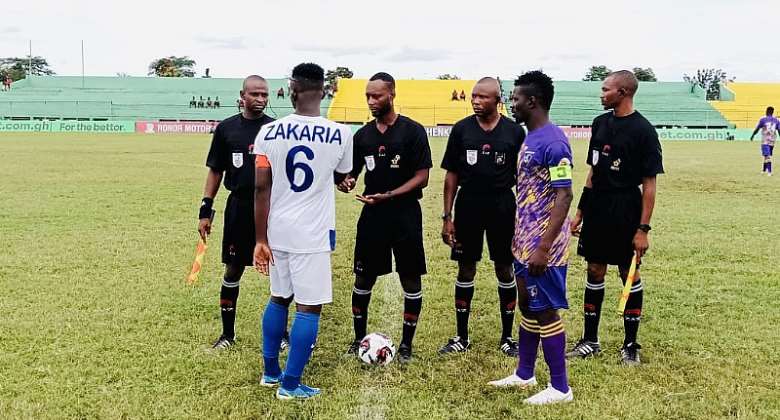 There is a new team at the top of the 2022/23 Ghana Premier League season at the end of matchday three.

Today at the Nana Agyemang Badu Park in Dormaa, Berekum Chelsea put up a fantastic display to cruise to a 1-0 victory over Medeama SC.

On the matchday, the Blues put up a fight to neutralise the midfield and attack of the opponent which has been the team’s main strength since the start of the season.

Five minutes to full time, a strike from Prince Anane made the difference for the host to earn the team the maximum three points.

Courtesy of the victory, Berekum Chelsea gets to go top of the Ghana Premier League table. Meanwhile, Medeama SC have dropped out of the top four to 5th on the league log.

King Faisal and Tamale City FC who are yet to pick a point since the start of the new season are bottom of the league table.