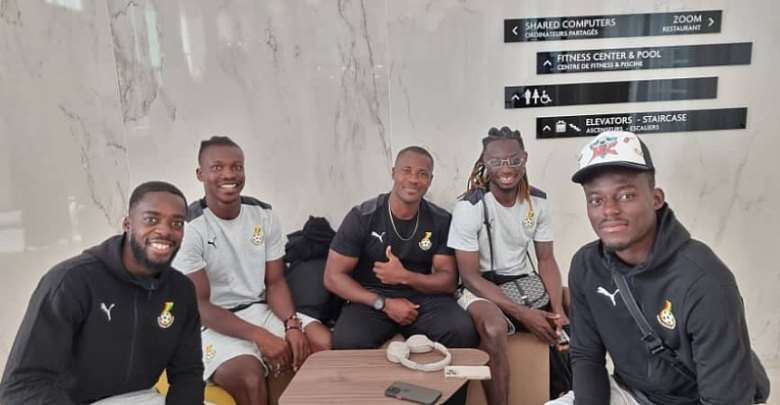 The Black Stars of Ghana have opened camp in France today, Monday, September 19, to begin preparations for the international friendly match against Brazil.

During the September FIFA international break, Ghana is set to get busy as part of preparations for the 2022 FIFA World Cup tournament.

Ahead of the first of the two scheduled friendly matches, several players invited to help out have already reported to the team’s camp in France.

Per a communiqué by the Ghana Football Association (GFA), as many as 23 players are already in camp.

The four remaining four players are expected to arrive in camp in the next 24 hours.

Ghana takes on Brazil on Friday, September 23. That match is scheduled to kick off at 8pm in a game that will be staged at Stade Oceane Le Harve.

Subsequently, Ghana will take on Nicaragua in another friendly match before the international break is over.

You’ve been a dependable husband – Lordina celebrates Mahama...
14 minutes ago