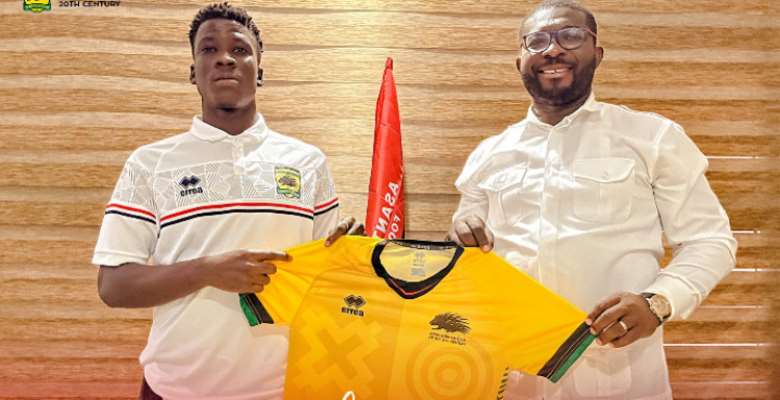 The 23-year-old has joined the 2021/22 Ghana Premier League champions on a three-year deal after a successful trial.

Serge Zeze has been training with Porcupine Warriors in Accra since last week.

His performance during the trial period impressed the club's technical team to earn him a contract.

Asante Kotoko are currently in Accra for preseason exercise ahead of the 2022/23 CAF Champions League and Ghana Premier League season which will start in September.

The Reds will play Burkinabe side RC Club de Kadiogo in the first round of the preliminary games.

The Porcupine Warriors are also expected to leave the shore of the country for the rest of their pre-season in Turkey.

Kotoko will play Nigeria champions Rivers United as part of their pre-season games.