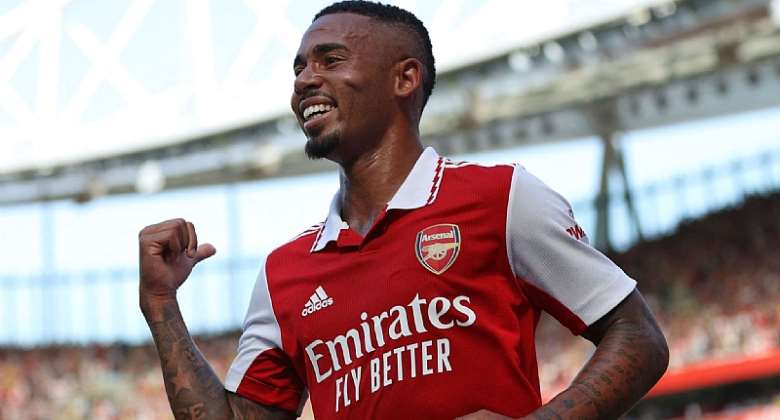 Jesus guided Arsenal to a 4-2 win over Leicester City at the Emirates on Saturday.

Jesus moved to Arsenal looking to become the main striker for a team and he has already started to embrace the opportunity.

Two goals, a chip over Danny Ward for the first and a poacher’s header for the second, gave Arsenal a 2-0 goal lead.

Leicester thought they had a chance to get one back when Aaron Ramsdale appeared to collide with Jamie Vardy, but a VAR review overturned the penalty.

In the second half, a William Saliba own goal gave Leicester hope for two minutes before Granit Xhaka seized on a Ward error to score. Ramsdale’s poor save allowed James Maddison to score only for another swift response, this time from Gabriel Martinelli.