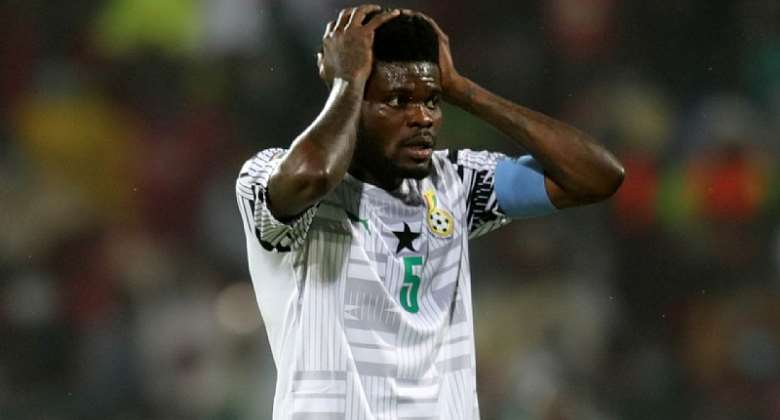 Arsenal midfielder, Thomas Partey has been cautioned to stay away as the deputy captain for the senior national team, the Black Stars.

The 28-year-old is currently deputizing Andre Ayew, who is the captain of the side.

The Prophet however added that the former Athletico Madrid midfielder must be prayerful if he’s ever to assume the captaincy of the national team.

He noted that despite everything, Partey will emerge as one of the best players in the world by the end of the year.

“I saw vividly in a vision serious spiritual battle against Thomas Teye Partey, there are 3 things God wants him to know,” Prophet Telvin wrote on Facebook.

“Be well prepared spiritually before you touch the national team captain band or avoid it entirely. Let’s pray for him there is a satanic plan to reduce him to nothing.

“God showed me a Vision of you back home in GHANA in your hometown playing soccer with your childhood friends and sharing what you have with them and immediately as that was done I saw a white paper being canceled and the Lord said, he is free from all issues raised against him."

He added: “From now to December things are about to get tough from all angles (red card) World Cup issues and many other things I won’t disclose.

“But he should hold tight because he will break through all this ending of December and from January He will be in the world ranking as one of the best in football. And he will rise and never fall.”

Meanwhile, Partey has made a great start to the season after helping Arsenal beat Crystal Palace 2-0 on the opening day of the Premier League season.

He is expected to make Ghana's squad for the 2022 World Cup in Qatar later this year.